ALL THINGS CREEPY AND CRAWLY

"Knowledge is the antidote to fear"

So here is my latest drawing challenge. Again I find that this one isn't an "official" challenge (as listed in my first post). But it is one I couldn't resist as it came in the form of a cute little boy Luke, on my doorstep selling raffle tickets with his sister Ella.

I had met these lovely kids before. They had come to my door before selling raffle tickets to raise money for a scout group. I was tickled pink with the last visit as the little boy said "You could win a car - and other stuff!" I asked him what the other stuff was. ""Um... don't worry about that.... Keep looking at the car!" What a top salesman! Needless to say, I bought two tickets. I didn't win the car, but I think I won the affection of some of the youngest members of my neighbourhood community (and that's even better in my books).

Apparently I also met these two on Halloween as well. I put a sign up on my letterbox saying "Trick or treaters welcome" (I think that this helps parents and kids alike). I am not sure who the kids were though as I had them ringing the bell by the dozens. So many masked and costumed little kids (and big kids!) ringing the bell until all my glow sticks and sweet treats were gone.

So today the doorbell was rung again today by these two little sales people.

I was sitting at my desk when my partner answered the door. The little boy Luke looked past my partner and his face lit up when he saw me. He waved wildly at me. So to the door I went. Today Ella and Luke were selling tickets to raise money for a netball team. We bought tickets (of course). Then we stood in the door way talking as one does. Troy went back inside. We talked about bikes, holidays (it's the first day of school holidays here in Melbourne) and then of course - drawing.

"Would you like to see some of my pics?" I asked them. They were both keen. I brought a couple of my journals to the door and showed them some recent pictures.  They were both suitably impressed. I said "A lot of these are from a drawing challenge. I asked people to challenge me to draw things - so I did!" At this point I saw Luke's eyes light up. "A challenge? Could you draw a tarantula?"

At this point blood drains from my face. I don't mind spiders. As long as they are out of sight. And out of mind. And very small. Very very small.

"And could you draw a bushmaster snake too?"

I grabbed the doorway. Snakes are in the same category as spiders with me. Even behind thick thick glass in the zoo is not to my liking.

"And you could put them in my letterbox and then when I get them I will draw you a picture!"

How could you refuse a bargain like that?
I asked Luke to tell me what they looked like. He explained them both in great detail. I promised I would give it a go...

So I spent the last couple of hours looking up pictures of snakes and tarantulas and trying to bridge the gap of understanding and learn about why a little boy might find them so appealing. Also trying to overcome my fear of even just LOOKING at these creepy crawlies...

I learnt some really cool things about tarantulas such as they are quite docile, they often wont survive a fall and they can regenerate lost legs. Here's a few more cool things: Tarantulas - 10 cool facts!

As for the bushmaster snake. Well, they are one of the most lethal snakes on the planet. BUT, they are rarely seen. So that's a cool fact too!

Drawing them both I decided to make them a little more cartoon like to enhance their "friendliness". 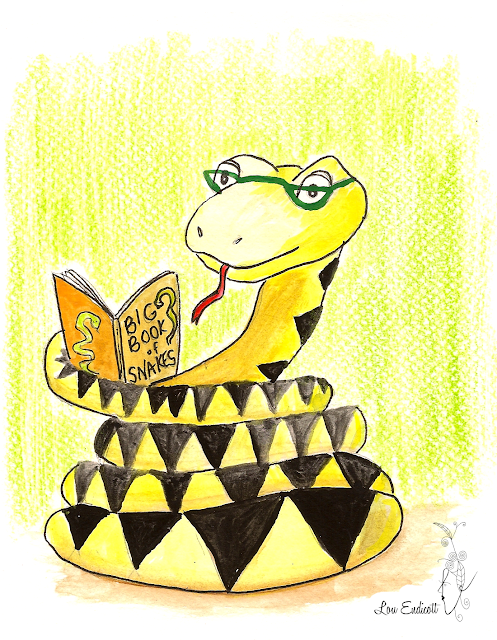 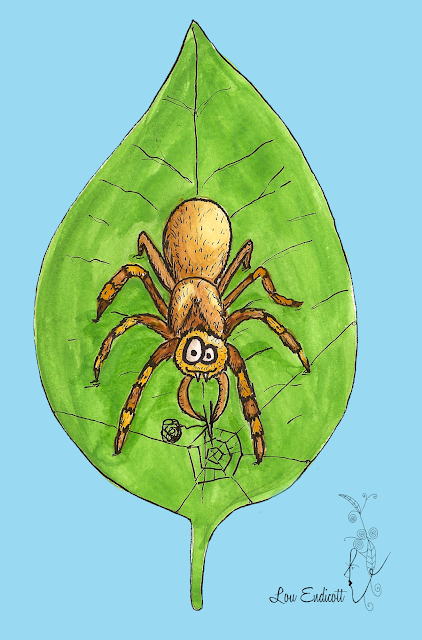